Three questions with a Beginning Racer

Why is Thomas Lea of Steiner Ranch Cycling stoked? Because he just successfully completed his third Beginning Racer Program clinic, in which he learned the finer points of riding a fluid echelon and handling his bike in close quarters. (Also, he won a $150 gift card raffled to clinic attendees by clothing company Eliel Cycling.)

Bicycle Sport Shop’s Beginning Racer Program is a progressive series of five cycling clinics, aimed at equipping cyclists with the skills and knowledge necessary to race their bikes with confidence. The clinics are led by the Bicycle Sport Shop-sponsored racing team, Super Squadra, and held during theDriveway Series races.

The next Beginning Racer Program is on May 19, and will focus on sprinting. You can register for the clinic, and also earn a chance at winning a $25 gift card donated by Bicycle Sport Shop. This Q&A is the first in a series of brief Beginning Racer profiles, exploring what drew these riders to the competitive side of the sport.

How did you get into cycling?

I had a couple friends that were crazy into cycling. I used to make fun of them, because it seemed like that’s all they did. That was 11 years ago, when I was 35, and now cycling is all I like to do. I ride five days a week, at least. Saturday and Sunday are our club rides. Those are pretty standard. Then, I do a lot of indoor training on my KICKR during the week, intervals and stuff.

Tell us about your first race?

I never really wanted to race, but we have a couple guys on the team who’re really fast, and doing well in the TXBRA series. One of those guys is moving, though, and I’m currently the president of the club, so I figured I should step up and participate, and try and improve the club’s standing in the TXBRA rankings. My first race was last year at the Pace Bend road race. I could’ve done a little better, I placed 13th in our age group, the Master’s Category 4/5 race. It was raining, so that added an element of drama. But there weren’t any other incidents, everything worked out.

So what motivated you to do the BRP?

One of the many reasons I haven’t been doing a lot of racing is because I’m terrified of crashes. I figured I could pick up some really great bike handling skills at these clinics, and that would help keep me safer in criteriums and other races. I really like the cornering drills. That really changed the way I take turns at speed, I realized I was doing that completely wrong. Also, the three other guys who’re doing these clinics and myself now practice bumping into each other on our team rides. Everyone looks at us like we’re nuts, but it’s helped us get comfortable riding really close to other people, seeing that it’s not a big deal, and not panicking. 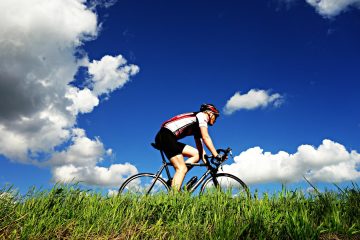