Homepage / Politics / An Open Letter on Identity Politics, to and from the Left

We, the undersigned, are in the uncomfortable position of reporting on a problem that we are told does not exist.

We ask you to consider a few incidents.

In 1968, the leftist Shulamith Firestone gives a speech at a conference. She is giving voice to one side of a debate that has arisen within radical youth movements; on the one side, many radicals argue that capitalism is the only true enemy, and the only cause of oppression. On the other, equally radical women note that capitalism alone is not a sufficient explanation for why they are excluded from leadership positions in their own groups, or why they are treated in exploitative and abusive ways by male radicals.

“We women often have to wonder if [men] mean what you say about revolution or whether you just want more power for yourselves,” Firestone says. “This time we aren’t going to wait for your revolutionary clarity… we’ve learned better.”

The reaction to her speech, people recall, was “like a riot was breaking out.” Men begin chanting “take it off” and “take her off the stage and her” to drown Firestone out. An organizer, panicked, tells Firestone’s co-presenter to “shut Shulie up,” and tries to get both women off the stage. “If radical men can so easily be provoked into acting like rednecks, what can we expect from others?” Ellen Willis asks.

Willis’ sympathetic reporting on the incident receives angry letters to the editor, informing Willis that “the enemy is not man, but capitalism.” And so it continues.

In 1973, trans, queer leftist Sylvia Rivera — one of the women who famously started the Stonewall riots and sparked one of the century’s great justice movements — takes the stage at the New York Liberation Day Rally. She represents STAR, Street Transvestite Action Revolutionaries, and her talk is on transgender women in prison.

“Shut the up,” a woman shrieks, over and over again, as Rivera takes the mic. Gay men bellow and boo at the stage. The noise is impossible. Before long, Rivera is shrieking too, screaming in an effort to be heard over the crowd. 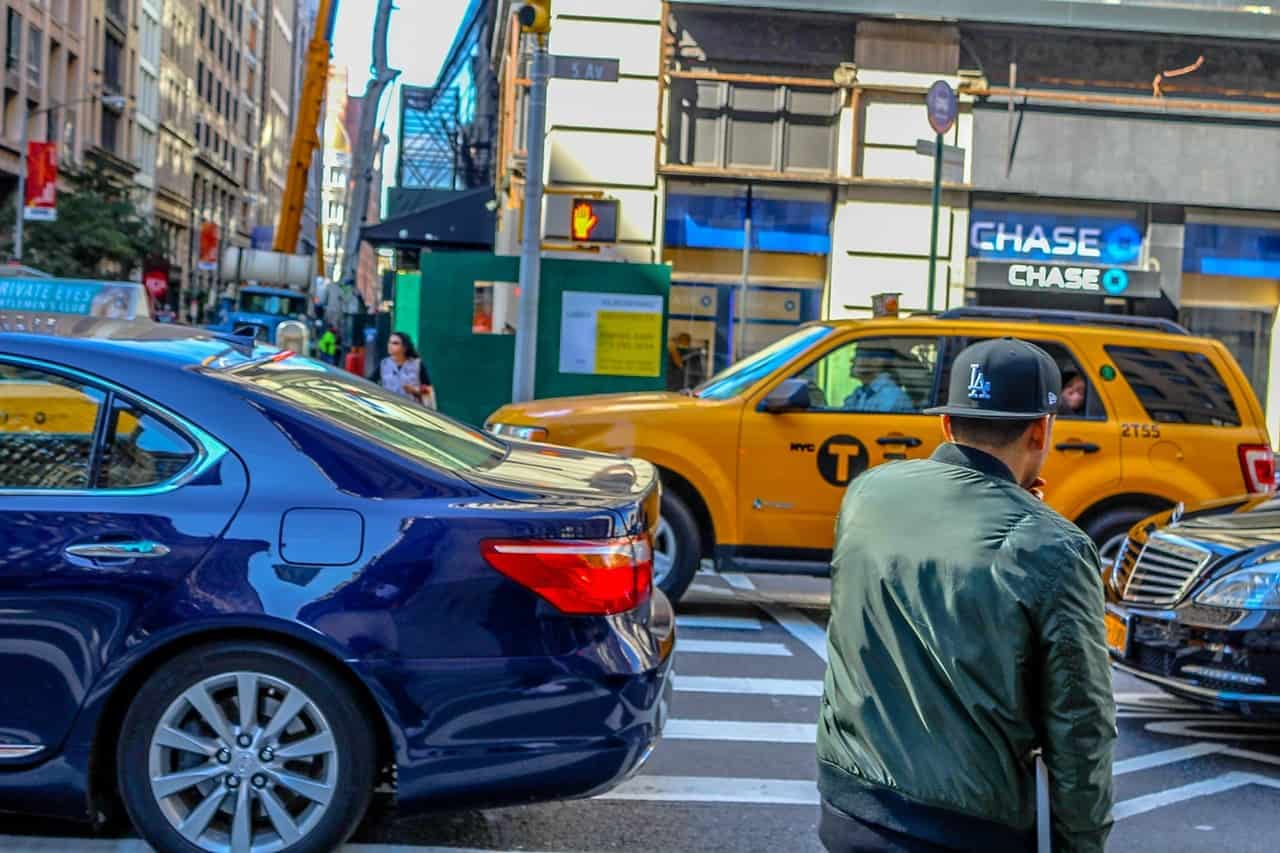 “I will not put up with this shit,” she yells. “I have been beaten, I have had my nose broken, I have lost my job, I have lost my apartment, for gay liberation, and you treat me this way? What the is wrong with you all?”

There she stands, one of the women who started the GLBT rights movement in America, pleading, screaming, just to be heard. Just to have her life, and the lives of women like her, acknowledged by cisgender gay men and lesbians

In 2015, two young black women,* Marissa Johnson and Mara Willaford, occupy the stage at an event for Presidential candidate Bernie Sanders. They speak for Black Lives Matter, a radical group aimed at exposing and resisting the murder of people of color by the police.

“Tomorrow is the one-year anniversary of the ruthless murder of Michael Brown,” Johnson says. “It is time that we honor that here and now.” 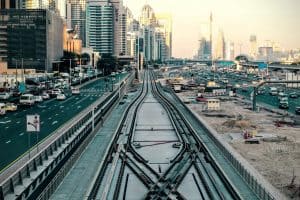 “We’ve already done it,” a woman shouts from the crowd. “HOW DARE YOU,” a man bellows. The boos cascade over the stage. By the end of the speech, the young women appear visibly shaken, perhaps on the verge of tears. They are subsequently accused of working for Goldman Sachs, a powerful financial institution, or directly working for one of Mr. Sanders’ opponents, Hillary Clinton.

Gawker publishes a response to the incident, by a white and male writer, Hamilton Nolan. The article, entitled “Don’t Piss On Your Best Friend,” sums up the women’s actions as follows: “It is stupid, don’t do it.” Nolan goes on, at length, to describe which political tactics are “appropriate” and inappropriate for Black Lives Matter protesters, and concludes: “If you truly care about such inequality, you should be planning to vote for Bernie Sanders… closing the racial wealth gap is probably the single most effective thing that any politician could do to help advance the cause of ending structural racism in America.”

The enemy, in other words, is not whiteness but capitalism. And so it continues.

And, in 2016, we find ourselves needing to speak, again and again, about the harassment we have received from our friends and colleagues. One woman criticized a male colleague’s book cover. She has been called a “clinical lunatic,” a “mentally ill house pet,” a “psycho,” and has seen any friend who supports her accused of “enabling her mental illness” — mental illness which that male colleague initially spread rumors about online, telling others she was “not well.” One woman worked for seven months on loan modifications; she has been accused, over and over, of 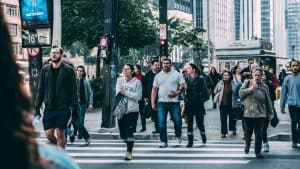 “throwing poor black people out of their homes” (she is, herself, a black woman); complete strangers have dug up documents pertaining to her former employer, posted them publicly, and spent hours browbeating her via social media. One woman — again, in this instance, a woman of color — mentioned seeing a racist Tweet from a Bernie Sanders supporter; she has received photos of naked men asking her for “dates,” and threats to “twist her tits off” and “rip her guts out with a garden trowel.” One woman was confronted by a popular left-leaning blogger over what he saw as a statistical inaccuracy; she saw photos from the inside of her apartment unearthed from an anonymous AirBnB page and shared on social media by that man’s co-workers and friends.

These are not the only stories. There are many more like them. They do not impact and oppress cis women alone, but people all along the gender identity spectrum. The impact of misogyny on trans women is often substantially more intense and targeted than the impact many cisgender women experience. Trans men, genderqueer and non-binary people are also targeted for attacks which are both transphobic and, often, fueled by misogyny.* One non-binary writer did nothing more than file a correction for an article which misgendered them as a woman; for this, they received a loud round of stinging mockery and disparagement from both Gawker and Salon. Nor are these stories confined to bad experiences on social media: Women have been threatened in their workplaces and by their co-workers. Women have been invited to “meet up for activism,” or for jobs at progressive publications, only to be propositioned by the men who invited them. Women have reported sexual harassment and assault within progressive organizations, only to see those allegations blown off. Those with life choices or circumstances which many on the left state they respect and want to help protect, like sex workers or sexual abuse survivors, are often more intensely harassed, rather than more protected in that additional vulnerability and marginalization. Those experiences or circumstances are often used to arm harassment as much as to disarm it.

In one instance, two female leftists came forward to accuse WikiLeaks founder Julian Assange of rape — they had met him while organizing and attending events for WikiLeaks — and were accused of secretly working for the CIA to take him down, or (in Assange’s words) of belonging to a “hornet’s nest of radical feminism”

aimed at destroying men’s lives. Prominent leftists organized to raise bail for Assange while those women had their photos and names published by major media outlets (a flagrant violation of standard procedure for reporting on rape cases) and anonymous commenters spread their home addresses and phone numbers online. In another, a progressive PR firm operated for years, representing NARAL, MoveOn and Amnesty International; its reputation in the wider community was spotless until over half a dozen female employees — and female clients — reported being groped or sexually harassed by its founder, Trevor FitzGibbon.

Yet, on the occasion that we choose to forgo “open secrets” and speak publicly about the problem, we have have been told we are “vicious liars,” that we are “informants” or “McCarthyites” or “authoritarians,” that we are interested in quashing “disagreement,” or “debate.” None of us are lying. And all of us are able to identify our attackers, because they are familiar to us. They are people who have done this and similar things, as part of a steady, identifiable, and escalating pattern, for years.

All of us know why it is being done.

Because we have been told why it is being done, many times.

It is being done because we have been identified as representatives of “identity politics.” Representatives of feminism, of anti-racism, of trans rights, of disability rights, of queer rights, of movements which explicitly aim for an intersectional approach to both economic and social justice. For these crimes, we have been serially, violently, sexually and continually harassed, with the aim of purging us from our positions or from our own movements, in order to establish a “pure,” exclusively class-based, left. 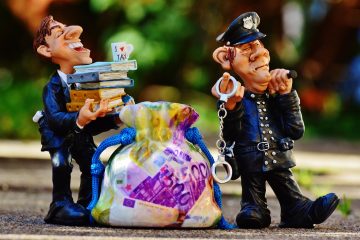 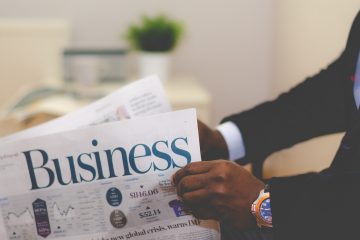 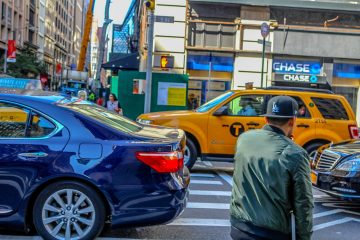 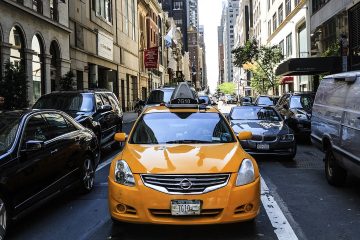 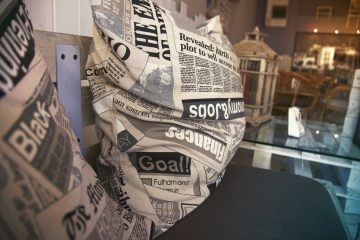 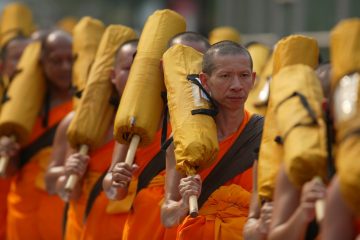 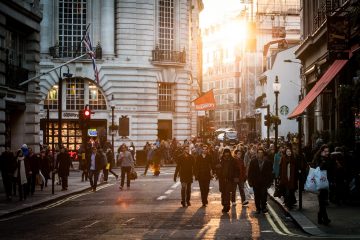 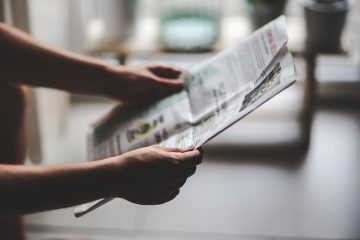 Donald Trump and the politics of nostalgia 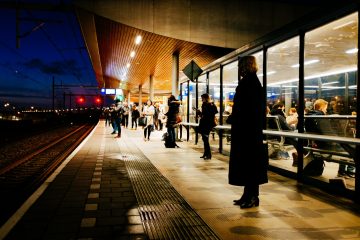 How to Increase the Brand Value With Public Relations

How the greatest startup program in Brazil is being killed by politics
It took two years to build the best startup and innovation program Brazil has ever ...